In our experience many people think that speaking about ethical nonmonogamy we advocate for a promiscuous, lecherous, and lascivious behaviour in sex, that we encourage people to debauchery. But this is complete misunderstanding. Think about wine: many see it only as a tool to get drunk, to forget about their problems for a few hours – but we are speaking about connoisseurship. We are advocating for a philosophy, a new paradigm in relationships, of loving each other (not just making love) without boundaries – better to say: with boundaries that we create for ourselves instead of the inherited ones the Western societies’ norms force upon us.

Looking at the statistics it seems inevitable and self-evident that we need to change, we must redefine our emotional and sexual boundaries for our societies that slowly suffocate in the swamp of divorces, infidelity and self-limiting beliefs. In a society where people call themselves monogamous even in their fourth consecutive marriage, where many use sex (and their partners) as a tool for escapism and where is far less respect in our romantic relationship than it would be desirable.

We have to face the sobering fact that our practice regarding our love lives, relationships and marriages does not bring happiness to a many if not the most of us and that our principles in this field are mostly built on centuries-old traditions and superstitions.

The Western societies had to face so much change: it’s natural that women can vote, there are multiple safe methods of contraception, we can cure most STIs in a week and live decades longer than even a hundred years ago. We live in abundance, we can afford to seek and to encourage our youth to seek personal fulfilment instead of start working at the age of 12. We have more women in the universities than men and their “acceptable social role” has decades ago extended from only giving birth to the next generation to be Nobel laureate scientist, prime ministers, or astronauts. We have abolished racial injustice (or at least made it unacceptable) and discovered the many colours of human genders and sexual identities – but regarding our relationships we still live by rules that originate from the middle ages if not from the antiquities…

Does it always really free people when they make humiliation a part of their sexual life or does it just feel freeing because it is a way to channel out the shame and frustration they experience stumbling among the inherently false and hypocrite societal norms? In my view many of these practices show kinship to the medieval self-punishment of monks and nuns who used very similar methods to punish themselves to clear themselves from sin and offer themselves to God.

Please note that we are using words like “also part” and “many times” as we would never try to vindicate the right to generalize on any sexual practice that is done for the satisfaction of two consenting adults. We are not here to judge but to raise questions. We are truly aware of the unfathomable diversity of the human mind, soul, and desire, thus we totally respect it.

But we also know that we need emotional balance and satisfaction at least as much as we need physical gratification. That humans are capable of feeling love and enjoying sexuality – rather than just multiply as microbes do – because love and sex has or at least could have an even spiritual meaning to our lives.

This is why we are always saddened by the plethora of profile pictures on “adult” dating sites displaying only genitalia. Is it real sexual liberation if people instead of their faces or pictures taken at their happy places and times, identify with the sheer size of their erected penises and decide to show a ready-to-be-penetrated asshole as the welcome image on their dating profile?

Do we call these “adult” dating sites because this is a matured way of looking for sex or we just derive the word from adultery?

I think all the abovementioned phenomena are symptoms of a much greater problem: we have already tried our best to free our societies from many obsolete, detrimental, maleficent ideas from racism to the oppression of women, but we have always been hesitant to take steps to liberate love. To abolish the dark, medieval system built on fears and taboos and bring both emotional and sexual desire to the sunlight of sense and understanding.

Thus I’m not going to speak about how to get drunk as much as it’s possible from drinking as much of wine as your body can tolerate. I’m going to speak about how to consume the wine of love considerately and responsibly, not just to avoid harming and hurting others but yourself, too. We believe that love and making love should always have a “spiritual” meaning even in a one-night stand, every connection has to be constructive and blissful to the lives of those who are involved.

We have tied down and incarcerated love because we were so much afraid of it. Love is the most powerful weapon thus we almost always killed everyone who dared to put it in the middle of their doctrines from Jesus Christ to Mahatma Gandhi and Martin Luther King.

Now is the time when our societies reached the necessary level of development. Now is the time when as a society we have the financial stability, the scientific power and as none of us had to experience war in their lifetimes the relative social peace to free the glorious bound lion of love and build a more genuine, sincere and honest life for ourselves and our children.

This is what you will read about here. 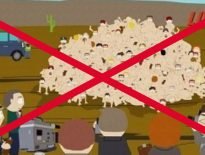 Uncategorized Let’s make it clear: what is polyamory and what … 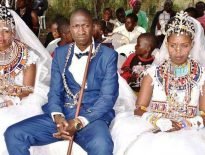 polyamory Polyamory vs. polygamy – not the same at all…
0